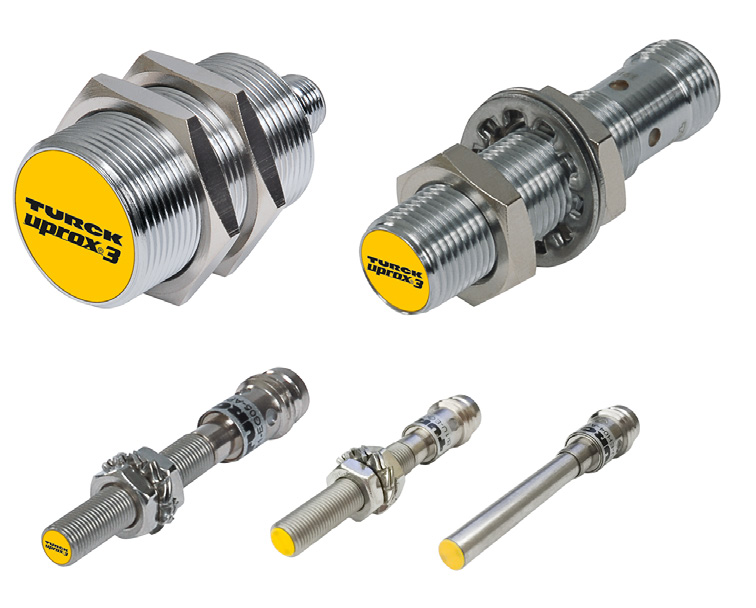 Turck has announced the uprox3 series of sensors, which offers the largest switching distances of all Factor 1 sensors on the market thanks to an electronic platform that uses the latest chip set and manufacturing technologies. These technologies are a world first, enabling the creation of the uprox®3 Factor 1 sensors in compact, 4mm smooth barrel and M5 designs with a 1mm switching distance, even for flush mounting. Turck has also managed to shrink the previously most compact M8, M12 and M18 designs.

Uprox®3 sensors are the third generation of TURCK’s uprox Factor 1 sensors. Although the existing uprox+ sensors offered large switching distances for all metals, these distances are increased by as much as 50 percent in the new sensors. It previously was unattainable to sense 3mm in the M8 design, 6mm in M12 and 10mm in M18. However, thanks to the consistent development of its uprox technology, Turck has been able to achieve these larger switching distances without any compromises in performance. The uprox3 sensors still offer outstanding application reliability for demanding sensing tasks, but also allow for the possibility of completely new installations.